Previous Next
Why Denver Residents are Moving to the Suburbs

Why Denver Residents are Moving to the Suburbs

Denver’s downtown area has seen a renaissance over the past two decades. There is more to do, more places to live, and the area is safer than ever before, so why are young professionals and families leaving the heart of the Mile-High City for nearby suburbs?

Denver isn’t the only city that’s seeing a recent regression in residents. Cities like San Francisco, Seattle, Portland, and New York City are all seeing an exodus into nearby neighborhoods but why are the suburbs suddenly attractive again? Read on to find out the primary reasons people are leaving major cities including Denver and some of the destination neighborhoods Denver residents have their eyes on. 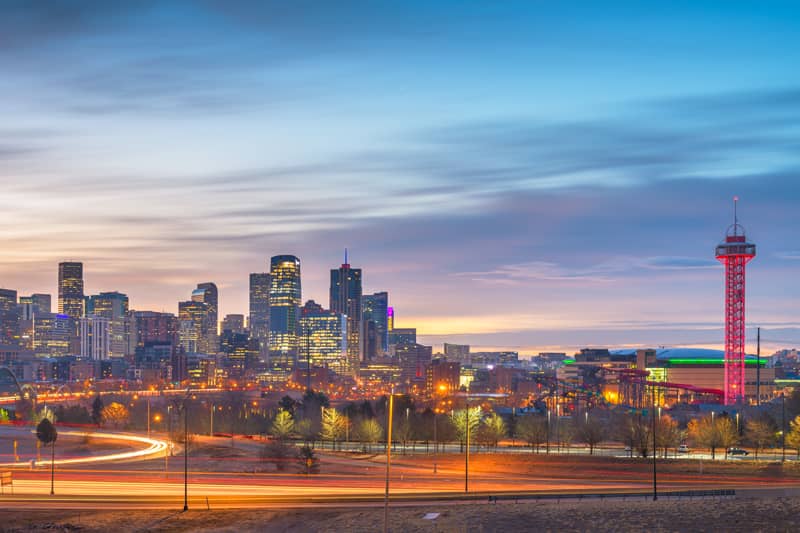 Why Residents Are Leaving Denver

Areas like RiNo, LoDo, and the Highlands have brought a new wave of city residents into Denver, but the new popularity has come at a big cost for residents. Both rent and mortgage prices for Denver property have skyrocketed over the last ten years with the most popular city neighborhoods hit hardest. You can shell out $2,000 a month on a mortgage for a cramped two-bedroom in LoDo or you can put that same money toward a three-bedroom house complete with garage and back yard in the suburbs.

The COVID-19 pandemic has exposed many of the country’s deficiencies against the spread of disease, and many of those flaws are exacerbated in dense city living. Though COVID is the current threat, there will likely be other health crises in the future that can have a larger impact on city dwellers compared to the more spacious suburbs.

Most of the post-George Floyd protests in Denver have been peaceful but scattered violence is always a possibility if you live in a city during periods of civil unrest. Are many Denver residents in legitimate danger from civil unrest? No. Are you more likely to experience issues with protests, street closures, and civil unrest when you live in the city? You bet. Taking any fight to the streets normally begins downtown.

Denver is a rapidly expanding city which is overall good for the entire state but brings with it growing pains. Homeless encampments, traffic, unaffordable housing, lack of proper bike lanes, and more are some of the many growing pains affecting Denver that could take several years to fix.

Moving to the Suburbs from the City

If you are ready to make the move from LoDo or Five Points, what are the most popular suburb options? The Denver metro area incorporates seven counties and dozens of suburbs, but Aurora, Parker, and Centennial are some of the best options for living in the burbs. As people begin leaving cities, the suburbs are realizing they can woo residents by offering a little taste of the city. Let’s get an overview of three popular Denver suburbs where city dwellers are starting to land.

At approx. 400,000 residents, Aurora is Denver’s largest suburb and could eclipse Denver in population over the next few years. Aurora has grown from an enclave of scattered neighborhoods to a city in its own right with all the services and convenience a homeowner would ever need. Aurora features a large variety of homes from quaint two-bedroom cottages in established neighborhoods to large four and five-bedroom craftsman homes in brand new developments in East Aurora. If you want variety in your suburban search, look to Aurora.

Only a few years ago Parker was considered a ‘cow town’ but it has quickly blossomed into one of Denver’s most popular suburbs thanks to the amenities and elbow room. Parker is home to several acres of trails, golf courses, and open space, making it the ideal suburb for outdoor enthusiasts. Most Parker homes are built in newer neighborhoods, feature two to four bedrooms, and have more backyard space than other Denver area suburbs. If you want to get as far as the city as you can without being totally disconnected, Parker is the way to do it.

Centennial has exploded over the last two decades thanks in large part to its proximity to the jobs at the Denver Tech Center. When you live in Centennial you likely don’t even have to touch the notoriously congested I-25 corridor to get to your place of business. Centennial features many new build neighborhoods, several new shopping developments, and is one of the fastest-growing suburbs in the metro. If you want the latest and greatest, search for Centennial homes for sale.

Moving to Suburbs with the Storck Team

The Denver metro’s The Storck Team has helped hundreds of city dwellers make the transition to the suburbs and wants to help you find your dream home complete with all the trappings of the quiet, suburban lifestyle. If you’re ready to make the move reach out to The Storck Team today for an overview of your options and the next steps for achieving your suburban dreams.